The Government Is Open, But Are Our Minds? 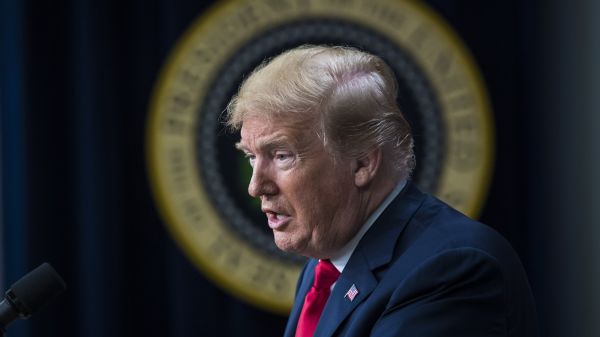 Just yesterday, President Trump signed a bill that would open the government for three weeks while negotiations continue over how to fund security for America’s southwest border. For the nearly 800,000 government employees who have missed a round of paychecks, this was welcomed news. As for the millions of other Americans impacted by the shutdown, the feelings were the same. Yet, with the news of the government’s reopening, the liberal media outlets such as CNN and MSNBC did not commend President Trump for doing what these news agencies said was the right thing to do all along. Instead, they characterized Trump’s decision as: “caving to the pressure of Democrats” and “failing to uphold his campaign promises.” While the shutdown dragged on for 35 long days, the liberal media bashed Trump for holding the government hostage to get what he desired–5.7 billion dollars in border wall funding–and encouraged him to reopen the government while border security talks continued. Trump did just that. The government will be open until February 15th, giving Democrats and Republicans 21 days to figure out how to fund a stronger southern border.

In traditional fashion, MSNBC’s Chris Hayes and Rachel Maddow bashed Trump for “giving in.” They declared victory for the Democrats and joked about Trump’s abilities as a “great negotiator.” The irony in this is striking. Just a month ago, they had discussed how nobody wins in a shutdown. It’s truly disheartening to watch this and see no joy for the hundreds of thousands of people who can stop going to food banks in order to put dinner on the table. The bias is clear and foul. For six weeks they talked about the government employees who were forced to work without pay and the hardships they went through to pay off mortgages and pay for childcare. Rather than talking about the maturity Trump showed in agreeing with Democrats to reopen the government, they focused on how he failed to get what he wanted. Rather than turning to those most impacted by the shutdown who they had focused on for the past month, they barely mentioned the relief these people must now feel.

Clearly, there was no way out for Trump when it comes to the liberal news media. If he did not take this deal, he would have been hammered for sacrificing the well-being of thousands for an “unnecessary wall.” When he took the deal, he was hammered for failing to uphold his promises and unsuccessfully using the government as a pawn to get his wall. Maybe Trump did not get his wall, but his long-held belief about the bias surrounding the liberal media sure gained a lot of support.

Although neither MSNBC, CNN, or Fox News would say it, this bill to reopen the government was a compromise. The Democrats succeeded in separating the shutdown from negotiations over a wall, and the Republicans, or at least President Trump, succeeded in forcing the Democrats to negotiate a topic in the next three weeks that has been pushed off for ten years. And if the two parties cannot agree, the government will shut down again. On top of that, at any time, Trump can declare a national emergency and get the funding. Maybe Trump gave up some cards, but he did not show his hand; something CNN and MSNBC do not want to admit.

As someone who often tunes into these stations, I was aghast at the bias and disrespect shown by the hosts on both stations. Whether you like him or not, President Trump did the right thing yesterday and deserves recognition for that. Understandably, Democrats despise Trump, but Americans should not allow that to block out the good thing he did. At the end of the day, he is the President of the United States, and when he does what is right for the country, he should not be blasted for it just because it helps or hurts your party. That goes for the liberal and conservative media. Like CNN and MSNBC, Fox News lambasted Trump for “caving in” to Democrats as well. Just as the press is not the enemy of the state, the press is not the enemy of the President. One of the greatest aspects of America is its media’s ability to criticize her leader, but to look only at the negatives is a disservice to the people who trust your words.

To CNN and MSNBC, don not try to twist every one of Trump’s moves into a cause for outcry. He did the very thing you encouraged him to do. For once, rise above your hatred and put your money where your mouth is. In the words of Chuckie Sullivan, “I don’t know that much, but I know that.”