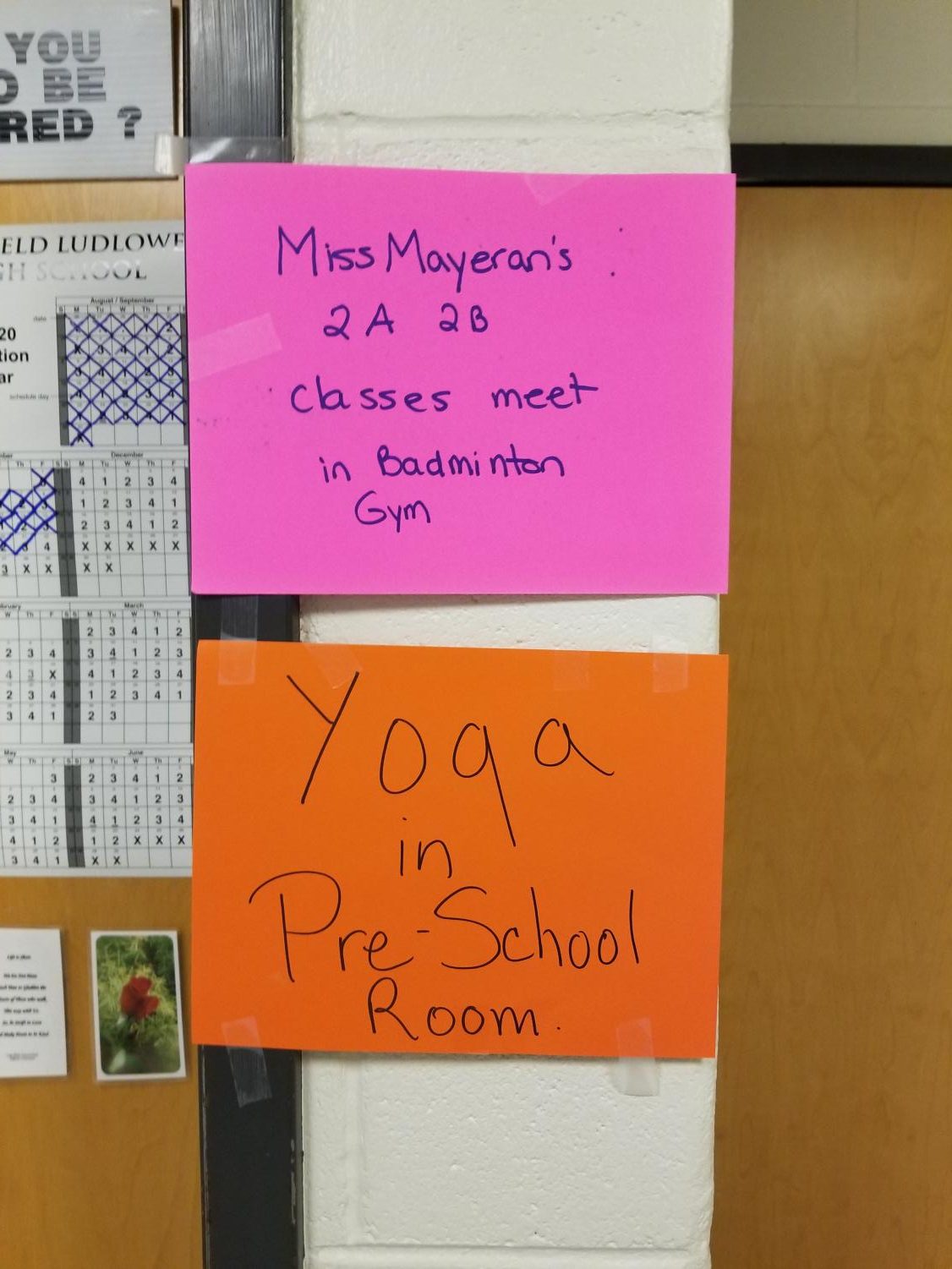 Student-Teacher Relocations: What We Know, And What One Reporter Could Find Out

About two weeks ago during regular homeroom announcements, Headmaster Hatzis delivered a message over the loudspeaker to the students and staff of Fairfield Ludlowe High School. The classes located on the lowest level of the school were going to be relocated until further notice, after some teachers reported that they were experiencing throat irritation, respiratory issues, and headaches back in September. Ever since, the school’s administration has been taking action in response. The Prospect took a closer look, to dispel the rumors, and find out what is really happening.

Our school district, as well as many others throughout the state of Connecticut, have had their fair share of problems with air quality and building issues, including a widespread PCB usage in schools. Locally, the town of Fairfield has been conducting tests of all school playgrounds for hazardous material after the Fill Pile scandal. Because of these issues, the news of these recent environmental problems here at FLHS may have not come as a shock to many within our student population, but this issue appears to be different as students began to hear that several teachers were experiencing personal health issues as a result from being in their rooms for extended periods of time.

According to several students I spoke with, they observed that teachers were increasingly keeping windows open in classrooms on cold days, with one even resorting to wearing a ventilator around the school daily. Based off of these observations, the problem seemed to be the air quality within the school, but according to Headmaster Hatzis, “there was no identified issue that we were reacting to, but we did begin the process of asking for testing to be done.”

Two groups came into to test the schools: Woodward and Curran, and OSHA (Occupational Safety and Health Administration). Woodward and Curran is a private company that has been contracted by the school to perform tests, and has been used by the district several times in the past. They were recently at FLHS to test for toxic materials in the courtyard soil. They conducted tests on temperature, relative humidity, carbon monoxide, total volatile organic compounds (VOCs), carbon dioxide, and airborne particulate. They also conducted a visual assessment for “microbial growth”, otherwise known as mold. The Occupational Safety and Health Administration (OSHA) also tested areas within our school, but at the time of publication the administration did not have a list of the tests they had administered. OSHA is a federal organization created to make sure that working conditions for employees are safe. They came to do a standard air quality inspection in order to ensure our teachers are working in a safe environment. According to Headmaster Hatzis, this is the first time this part of the building had ever been tested for most of these things, but he explained that there would be no need to test with these methods, unless problems with the buildings were reported.

As tests were being conducted, several individuals involved in the matter found a three by three foot mold patch between two locker rooms. This mold patch, it was soon discovered, was a result of a leaky steam pipe. The rooms directly affected are accessed rarely. According to Mr. Hatzis, this may be an issue for one or two rooms, but we still do not know what happened to the other rooms nearby that may have been affected. Just recently, students and staff in room 202 have also been relocated. The two teachers who teach in this room reported personal health issues to administration as well. Mr. Hatzis explained that the teachers were relocated because they, “found some debris in the ceiling and we determined that was material that fell there when we had the roof replaced.” The two teachers who teach in 202 have taught in this room for over ten years, and did not report experiencing any health issues for the majority of years they have spent in that room. We are not sure why these health issues have started now, or what that piece of debris is, and we are also not sure if more rooms could have been affected by this roof replacement.

Two teachers that I spoke with on Tuesday, November 19th, both informed me that to the best of their knowledge, there was absolutely no indication of students getting sick. After the classes were relocated, Mr. Hatzis confirmed what the teachers had shared with me saying that he had “not [heard of students getting sick] until this week… not until yesterday actually.” Therefore, the administration here at FLHS did not receive any reports of student illnesses relating to these issues prior to Thursday, November 21st, 2019. Mr. Hatzis also shared that students may be tempted to connect their sickness to the relocations considering there has been a lot of talk and misinformation being spread around school surrounding these potential environmental issues. Administration has received emails from parents detailing how their child was sick this past week, and many of the parents who reached out thought their child’s health issues may have been related to the building issues.

Students from all grade levels were eager to share their thoughts on the issue. A student who chose to remain anonymous shared that on Monday, November 18th, five to six students were in the nurse’s office simultaneously supposedly exhibiting the same symptoms. The student stated, “I noticed that after me a lot of kids came into the nurses (sic) office complaining of a headache as well as feeling dizzy…. A lot of them also said they had lunch and were drinking lots of water but they still felt dizzy.” After speaking with the staff in the nurse’s office, they shared with me that student complaints regarding these particular symptoms are common and occur on a regular basis.

According to another student who chose to remain anonymous, some teachers supposedly started getting experiencing health issues as early as last year, whether or not this was reported to administration is not known.

Many students may be wondering why one teacher may be wearing a ventilator/gas mask around the school. She told me in her interview that she was allergic to “whatever was in the school” and the ventilator is simply for her comfort. She teaches in the gym, and thinks that some of the hazardous material or contaminated air from the lower level of the building might be rising up and contaminating the gym air. Another staff member reported feeling “physically sick” at some points while instructing in the gym.

The school and the district still awaiting results from Woodward and Curran and OSHA. As soon as more information is released, The Prospect will analyze and report the results. For now though, it seems we are left in uncertainty, as the relocations are here to stay, at least for now.

The Prospect • Copyright 2021 • FLEX WordPress Theme by SNO • Log in