The UEFA European Championship, or EUROS for short, is a chance for the European national soccer teams to compete at a high level while fighting for a trophy. Follow live updates and scores here for the final stages. 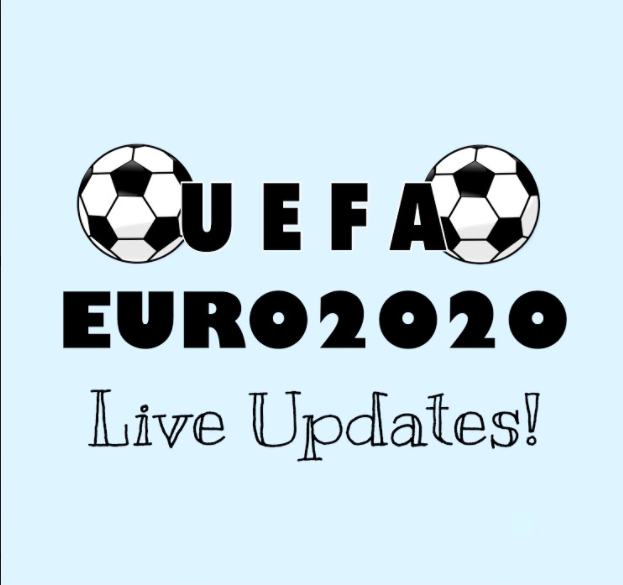 The Euros are now in the semi-final stages of the competition. On July 6th, Italy take on Spain in the first semi-final. The next day, Denmark take on England in the second semi-final. The winners of the two matches will play each other in the final this Sunday at 3:00 EST. You can follow those three matches LIVE here, with detailed analysis and live scores.

ITALY ARE CHAMPIONS OF EUROPE

IT LOOKS LIKE PENALTIES! England will face off against Italy in a penalty shootout. ESPN are broadcasting the match.

HALF TIME of EXTRA TIME

4:51: SIX EXTRA MINUTES. If result holds, the game will carry on into extra time.

(67’) GOOOOAL! Bonnuci scores a little tap in. A little bit messy in the box, confusing the English, and allowing Bonnucci the perfect chance for a goal. England 1, Italy 1.

4:10: Free kick for Italy close to the box! This could be dangerous for England.

4:02: A look at Italy; It looks like the Italians have slightly underestimated the English. They must play more critically and with more tactical soundness.

HT VERDICT: England lead at half time, putting plenty of pressure onto a shaky Italy. The half time team talks will have to be serious for the two managers, but especially Roberto Mancini; to keep his team in the game.

GOOOOOAL! Luke Shaw scores a magnificent goal off an excellent cross from Kieran Trippier! England with a dream start in Wembley. (GOAL; Shaw 3′) This also sets the record for the earliest EURO goal in history.

2:30 PM EST: This is it! England lineup with a 3-4-2-1 and J. Pickford between the sticks. (Pickford; Stones, Walker, Maguire; Trippier, Philips, Rice, Shaw; Sterling, Mount; Kane.) If England take this trophy home, it will be their first major title since 1966. It may indeed be “coming home,” as the English fans say. Italy, on the other hand, have won all their games in this tournament and continue to look lethal. They start with a 4-3-3 formation and G. Donnarumma in the back. (Donnarumma; Emerson, Chiellini, Bonucci; Di Lorenzo; Veratti, Jorginho, Barella; Insigne, Immobile, Chiesa.) Enjoy the game, and follow analysis here!

Grealish has come off for Trippier

GOAL! England score and lead off a penalty! Harry Kane, with a not-so-good penalty. Schmeichel blocks it at first, but then Kane punched it in to the other side. England lead, 2-1, at half time of extra time.

PENALTY! Sterling’s dribble allows him to be fouled and England are given a penalty.

Rice has come off for Henderson

Mount has come off for Foden

4:47 PM: 6 mins of stoppage time added on to the 90′ already played. If result holds during those minuted, we go to extra time.

Delaney has come off for Jensen

Christensen has come off for Anderson

Saka has come off for Grealish

Dolberg has come off for Norgaard

Damsgaard has come off for Poulsen

Stryger has come off for Player Name

Half Time Verdict: 45 minutes of a, pretty much, evenly matched game. Two goals, one for each team. Plenty of tense chances and moments appeared in the first half. The second half should not be any less exciting!

3:43 PM: GOAL! A goal from Sterling, England’s top scorer in this competition. A cross and a touch from Sterling puts England level.

3:30 PM: GOAL! A Goal from Damsgaard stuns both sides as Denmark, unexpectedly, take the lead against the Englishmen! It looks to be a pretty evenly matched game.

2:00 PM: Lineups are in! Gareth Southgate of England has chosen a 4-2-3-1 formation. Meanwhile, the Danish coach has gone with a 3-2-2-3 formation. The lineups are shown below. (Names in bold signify team captain.)

12:00 PM: High flying England will go head-to-head with a strong and resilient Denmark in London. Technically, this is a neutral ground as declared by UEFA but because it is indeed in England, they will have the advantage in fans and attendance. England have won nine of their last ten games, drawing one of them against Scotland. England have never reached the final of this prestigious competition. The phrase,”it’s coming home,” has been used by England supporters to signify the winning of any trophy since their last one, in 1966. This time, it might actually be “coming home.” Nevertheless, Denmark are no easy team to play. Winning seven of their last ten games, they have overcome difficult challenges, including the deeply painful and emotional cardiac arrest of Christian Eriksen, arguably their best player. After losing the first two matches of the group stages (vs Finland & vs Belgium) they beat Russia 4-1 allowing them to qualify for the last sixteen. They flew past Wales in a 4-0 win and then beat Czech Republic 2-1 in the quarter finals, putting them one game away from the final; just two from the trophy. It will be a good game, with, likely, lots of attacking football (soccer) and excitement. Follow LIVE updates and scores here.

Watch how England star Jadon Sancho and other soccer players are signing for an equal game against discrimination.

ITALY win on penalties and are the Euro 2020 finalists. They will face either England or Denmark in the final. Follow live coverage on that, tomorrow, starting at noon.

4:56: After 90 minutes of tension and two goals (one for each team), the game goes into 30 minutes of extra time to try and break the tie. If that is not possible in those 30 minutes, a penalty shootout is necessary.

4:47: Before the game, UEFA put out a statement to prevent discrimination in football on twitter and other social media.

Insigne  has come off for Bellotti

Azpilicueta has come off for Llorente

4:40: GOAL! Spain get one back! It’s Alvaro Morata who slots the ball into the back of the net. The Spanish fans at Wembley rejoice and cheer for their team. It’s 1-1! If result holds, the game will go into 30 minutes of extra time.

Verratti has come off for Pessina

Emerson has come off for Toloi

Koke has come off for Rodri

Mikel Oyarzabal has come off for Gerard Moreno

Ciro Immobile has come off for Domenico Berardi

Ferran Torres has come off for Alvaro Morata

4:25: Oyarzabal misses a huge chance off a header to give Spain the lead. Meanwhile, ESPN are confirming the attendance at Wembley Stadium in North London is 57,811 people. This is the largest crowd of Euro 2020 so far.

4:20: GOAL! Fredrico Chiesa scores for Italy giving them the 1-0 lead against Spain. A beauty of a goal from Chiesa, helping bring Italy a step closer to the final.

4:13: A marvelous run from Oyarzabal for a cross onto Besquets with an extremely close shot. On the other end, Chiesa runs up and shoots from the right side of the box, forcing a good save from Unai Simon. Still scoreless.

4:05: Second half is underway. No tactical changes or substitutions of players to report.

3:50 + Half Time: At the end of the first half  there have been no goals, but it is an exciting match nevertheless. Spain have dominated, giving Italy very little space to move and attack. Mancini (Italy coach) will likely reconsider his tactics in the second half.

3:23: Unai Simon (Goalkeeper for Spain) comes off his line giving Italy a huge chance to put the ball into an open net, but it is handled by the Spanish defense.

3:20: D. Olmo for Spain has been placed as by Luis Enrique (Coach) as a false #9/center forward. This is causing lots of confusion for the Italian defenders and midfielders, trying to cover the Spanish attack.

12:38 PM: After massive action in the group stages and the early knockout rounds. After advancing to the round of sixteen with 3/3 games won in the group stage, Italy played a mighty Austrian team which held them until extra time of that game. The Italians later scored two goals in the extra thirty minutes; just enough to take them through to the quarter finals. There, they faced the might Belgium, who lost to the Italians 2-1 in a very exciting match. The Italians are unbeaten in their last ten matches and have presented themselves as the strongest team in the tournament. They come into this game as favorites, with Spain starting the tournament in an arguably unsuccessful fashion. Spain tied Sweden (0-0), then they tied Poland (1:1), only to qualify by winning their last game against Slovakia (5-0). Spain later took on Croatia in the round of 16, taking the game to extra time and winning 5-3. They Spaniards played Switzerland in the quarter finals, also going into extra time and then a penalty shootout to decide the the game in their favor. They have won six of their last ten matches and lost none, so their chances of challenging Italy are quite high. Italy vs Spain is the most played fixture in Euro history, adding up to seven previous fixtures. It is set to be an incredible game. You can follow live updates, scores and analysis here.